Nash Holos: “The Seduction of Propaganda: Mass Violence in Ukraine in the 20th and 21st Centuries”

Toxic terminology and the sinister manipulation of language can lead to murder. A recent conference held in the Ukrainian cities of Kyiv and Lviv in early June underlined the dangers inherent in the misuse of the spoken and written word. 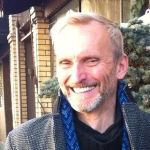 “The Seduction of Propaganda: Mass Violence in Ukraine in the 20th and 21st Centuries” featured leading international and Ukrainian academics and public figures in wide-ranging discussions of the lethal impact of propaganda.

Their chilling analysis showed how the mechanisms of propaganda used by totalitarian imperial regimes provoked and legitimized violence against three peoples: the Jews in Hitler’s Holocaust, the Ukrainians during Stalin's Holodomor, or Terror Famine, and the Crimean Tatars in their deportation.

The conference also outlined how current academic knowledge can help counteract the politicized and mythologized interpretations of the tragic events of the past.

Dr. Wendy Lower, a leading American Holocaust scholar, reminded us that truth is the greatest enemy of the totalitarian state. The Nazis suppressed free speech and alternative sources of information, severely narrowing the means for individual thought.

With the Nazi regime in full control of information and propaganda, one can better understand the cynical comment by propaganda minister Joseph Goebbels that if you tell a lie big enough and repeat it often enough, people will believe it.

Dr. Lower explained how the exclusion of Jews from society was done openly, thus enlisting the complicity of the surrounding non-Jewish population. Vilifying photos, notorious books or films, and other material exacerbated the degradation of the Jews, poisoning society and laying the groundwork for physical extermination.

Professor Liudmyla Hrynevych, director of the Holodomor Ukrainian Research Center at the National Academy of Sciences of Ukraine, explained how the Soviet propaganda machine prepared the psychological foundation for the Famine against the Ukrainian peasantry in the 1930s.

A mass propaganda campaign was created to first define exactly who was the enemy. Labels created divisions in society and instilled the idea of “us” versus “them.” The targeted enemies were demonized, and then dehumanized as dangerous predators who deserved persecution and extermination,

Hrynevych highlighted the fact that this campaign was created to legitimize a crime. Furthermore, the efforts to create a utopian Communist society silenced for generations any discussion of crimes in the past.

Crimean researcher Dr. Gulnara Bekirova addressed the fate of the Crimean Tatars, uprooted by Stalin from a homeland they had settled in the 14th century. Demonization through radio broadcasts was a preparatory step to social stigmatization and the marginalization of a minority labeled a “traitor nation.” Exiled to the wilds of Central Asia, the Tatars struggled for decades to return to their historic homeland, which is now tragically once again under hostile Russian occupation.

Propaganda was part of the preparation for the framework of mass killings and destruction of communities in the 20th century. The conference helped us to achieve a deeper understanding of the nature and threat of destructive propaganda.

This understanding is essential at the beginning of the 21st century, where we witness Russian propaganda becoming a tool not only to provoke inter-ethnic hatred, but also to discredit and destroy the Ukrainian democratic space as well.

In a future segment we will return to the conference’s themes of propaganda in our time, most notably in the use of disinformation and Putin's war in Donbas.

The audio is available here.