Israel acknowledges level of anti-Semitism in Ukraine is falling 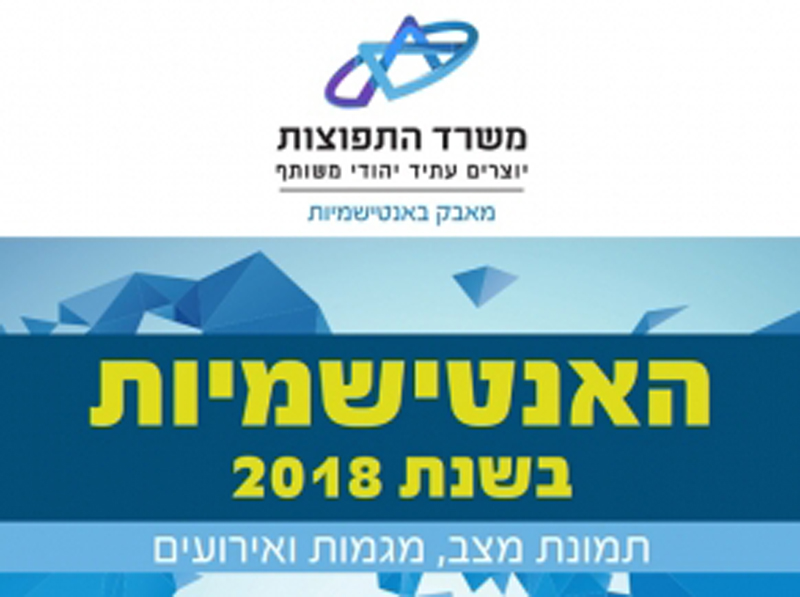 On 27 January, International Holocaust Remembrance Day, official Israeli agencies always publish a report on manifestations of anti-Semitism throughout the world for the previous year. The main trends are then presented at a traditional, special session of the government devoted to developing a state strategy for combating anti-Semitism.

According to Naftali Bennett, Minister of Diaspora Affairs, the results for 2018 looked very menacing. The world is once again witnessing an increase in anti-Semitic violence. Last year a record number of Jews were victims of anti-Semitism over the past 25 years (that is, the entire period that Israeli government agencies have been trying to monitor anti-Semitism worldwide). Of course, the specific terrorist attack in Pittsburgh, which claimed the lives of eleven people, had a big impact on these dismal statistics. But one instance of such an event does not indicate a trend. The number of violent anti-Semitic incidents in general has also increased. The report issued by the Ministry of Diaspora Affairs stresses that traditional far-right violence against Jews is increasing once again. This trend deserves attention because in the past radical right-wing aggression caused less trouble to Jews in the Diaspora than Islamist and radical left-wing anti-Semitism, which is fueled by hatred of the State of Israel.

According to the report published by the Ministry of Diaspora Affairs, the situation in Ukraine stands out sharply against this background.

The report notes that “no violent incidents have been recorded.” However, this applies to other Eastern European countries as well. The authors of the report devote special attention to the “significant reduction in the number of acts of vandalism in Ukraine.” Moreover,” “concerning some of them, there are reasonable doubts about the motives behind them”: “We cannot exclude the possibility that at least in some cases it was a provocation aimed at damaging the image of Ukraine, taking into account the particularly careful attitude to anti-Semitism in international public discourse.” The authors of the report note the role of the Ukrainian authorities and the public stance of the country’s leaders on anti-Semitism: “The public authorities, particularly President Petro Poroshenko, Prime Minister Volodymyr Groysman, Minister of Internal Affairs Arsen Avakov, and Minister of Foreign Affairs Pavlo Klimkin, have strongly condemned the phenomenon and issued a call to combat it by all means.”

The assessment of the official Israeli position on anti-Semitism in Ukraine coincides with the data compiled by the Jewish community and national human rights non-governmental organizations. The National Minority Rights Monitoring Group, working under the auspices of Ukraine’s Congress of National Communities, also notes a significant decrease (approximately twofold) in the number of incidents of anti-Semitic vandalism in 2018 compared to 2017. At the same time, not a single case of physical violence stemming from anti-Semitism was recorded either in 2017 or 2018.

It should be noted that earlier the Ministry of Diaspora Affairs was not so favorably disposed toward Ukraine. The previous report contained, according to Ukrainian experts, a number of false allegations and inadequate assessments. Obviously, the public criticism that was sparked last year forced the ministry’s experts to be more attentive this time around to the situation in Ukraine.