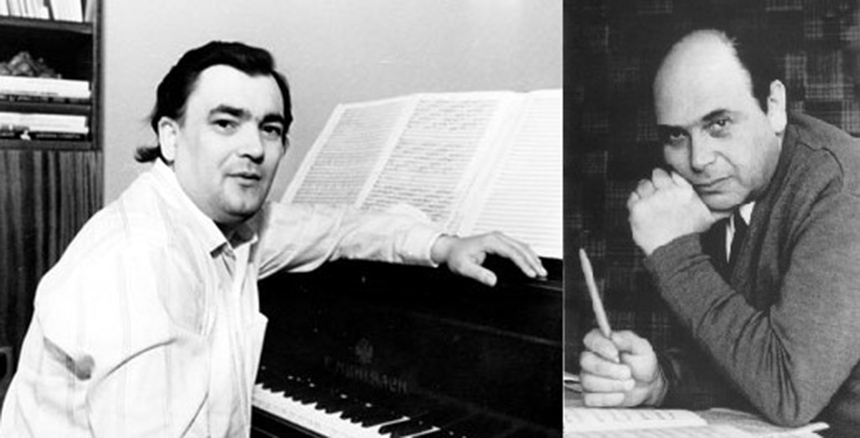 Today we suggest another Ochyma Cultury television segment which features an interesting story about cultural links, cooperation, and mutual influences between artists and cultural figures of Ukrainian and Jewish origins in Ukraine. Ochyma Cultury № 94 is dedicated primarily to the creative legacy of one of Ukraine’s most prominent contemporary composers, Ievhen Stankovych. Among his numerous compositions, Stankovych composed a number of works on Jewish themes, including the Kaddish-Requiem Babyn Yar. This masterful and prolific composer was also a co-creator of a unique for its time musical genre of “folk opera,” represented by his opera When the Fern Blooms. However, this segment also tells the story of the second co-creator of this characteristically Ukrainian genre—a composer of Jewish origin, Ihor Shamo. In the 1960s, after accidentally encountering an ancient Ukrainian folk festival in the village of Iatran in southern Ukraine, Shamo became so fascinated with Ukrainian folklore that he wrote a unique choral folk opera The Yatran Games.

And those who would like to see the continuation of the story about nonconformist Ukrainian cultural figures of the 1960s generation, may wish to watch the next TV segment, Ochyma Cultury № 95, about the elitist group of poets who called themselves the “Kyiv School of Poets”: