The history of Jewish theater in Ukraine: an interview with Iryna Meleshkina, part 2 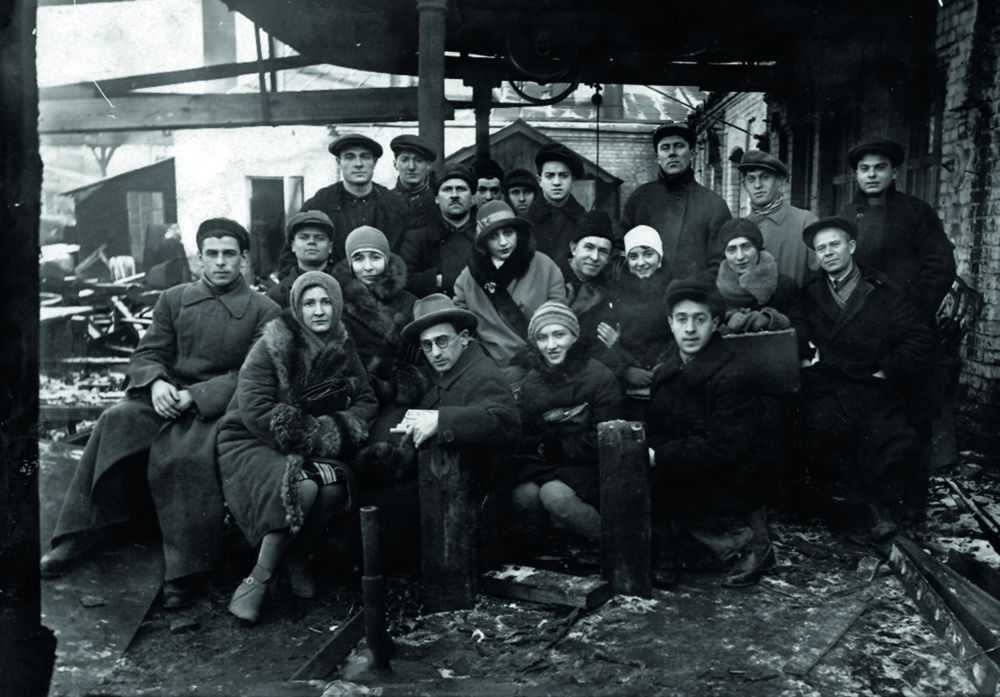 We are continuing our conversation about Jewish theater. In the first part we talked about the founding of Jewish theater and its work on the territory of contemporary Ukraine from the late nineteenth century until the beginning of the twentieth and the end of the First World War.

Our guest in the studio today is the theater critic Iryna Meleshkina, who is the deputy director for research of the Museum of Theater, Music, and Cinema of Ukraine.

Vasyl Shandro: What happened to Jewish theater in Kyiv and elsewhere on the territory of Ukraine after 1917?

Iryna Meleshkina: A very powerful Jewish organization, Kultur-lige [a secular Jewish charitable, cultural, and educational organization that existed from 1918 to 1924—Ed.], appeared in Kyiv. One of its objectives was the revival of Yiddish-language culture. In 1920 Kultur-lige founded the first Jewish theater studio, headed by the well-known Jewish actor and director Ephraim Loiter. There is evidence that [Ukrainian avant-garde theater director] Les Kurbas joined the work of this studio, and they were taught fine art by Aleksandra Ekster [Exter]. In 1920 the situation in Kyiv was quite tempestuous and dangerous for Jewish actors. So, they go to Moscow and spend five years studying a synthesis of the Stanislavsky system and Meyerhold’s biomechanics. That was how a new type of Jewish actor was formed. There were few studios, but when they completed their studies, the first Jewish state theater, or GOSET, was founded in Ukraine.

Vasyl Shandro: When did Jewish theater acquire “legitimacy” in the new [Soviet] state?

Iryna Meleshkina: Theater in Kharkiv began functioning in December 1925. Overall, the old forms of Jewish theater never ceased to exist, because in 1922 the Kunstwinkel theater began working in Kyiv. This was a very interesting and powerful theater, but it did not have state status.

The GOSETs were financed from the state budget. A considerable sum was allocated for the creation of a state Jewish theater, enough for it to be housed in magnificent premises on the Kharkiv embankment. In the summer of 1926 the Berezil theater, headed by Les Kurbas, came to Kharkiv. The theaters worked within two blocks of each other. Kurbas and his Berezil theater had a huge impact on the development of Jewish theater. A school for young directors was created at the Kharkiv GOSET, and competitions to stage performances were held.

Vasyl Shandro: What is the geography of the GOSETs?

Iryna Meleshkina: The Kharkiv GOSET opened in 1925, and the one in Kyiv in 1928. In 1934, the capital was moved to Kyiv, and GOSET is moved too, and the Kharkiv and Kyiv GOSETs are merged.

A GOSET was opened in Odesa in 1934, and it experienced the most pressure. At the time, 37 percent of the population of Odesa was Yiddish-speaking. A course was launched toward the assimilation of Jews away from their faith, synagogues, and their holidays. The theater was supposed to change all this.

Vasyl Shandro: What happens to Jewish theater in the 1930s?

Iryna Meleshkina: Jewish theater also experienced harassment, but a bit later. Whereas the years 1933 and 1934 were decisive for Berezil, Jewish theater still existed.

This is almost the final act because the curtailing of national culture in the Soviet Union begins sometime after 1936. The number of theaters decreases after 1937. In the 1930s, there are three large GOSETs in Kyiv. There is a Yiddish youth theater, a Yiddish puppet theater that worked at the Ukrainian puppet theater. There was a Yiddish department at Karpenko-Kary University in Kyiv, which trained Jewish actors for all theaters operating in Ukraine.

In general, the tendency toward the curtailment of Jewish culture emerges before the Second World War. For example, a building for a Jewish theater in Kyiv was constructed at 34 Khreshchatyk Boulevard. The structure was built, and it operated until the outbreak of the war, but in 1940 demolition of the building began. Later, when the theater company tried to return from evacuation, it was told that both the old and the new buildings had been bombed, so the theater had no place to which it could return.

During the evacuation, the Odesa and Kharkiv GOSETs were merged and turned into a branch of the Kyiv GOSET. After the war, only one theater returned to Ukraine, and it functioned until 1950. This was the end of the last Jewish theater in the Soviet Union. The Moscow GOSET was already closed.

After the war, the Yiddish language disappeared. Even during the most difficult times, Ukrainian theater preserved the language—the very stuff of theater.

After the war, during which six million carriers of the Yiddish language were killed, conditions for the existence of Jewish theater were severely restricted in Kyiv. Strangely enough, antisemitism raised its head in Kyiv after Babyn Yar. Therefore, Kyiv saw Jewish theater only when it toured. Theater continued to thrive in Chernivtsi, where it too eventually came to an end.