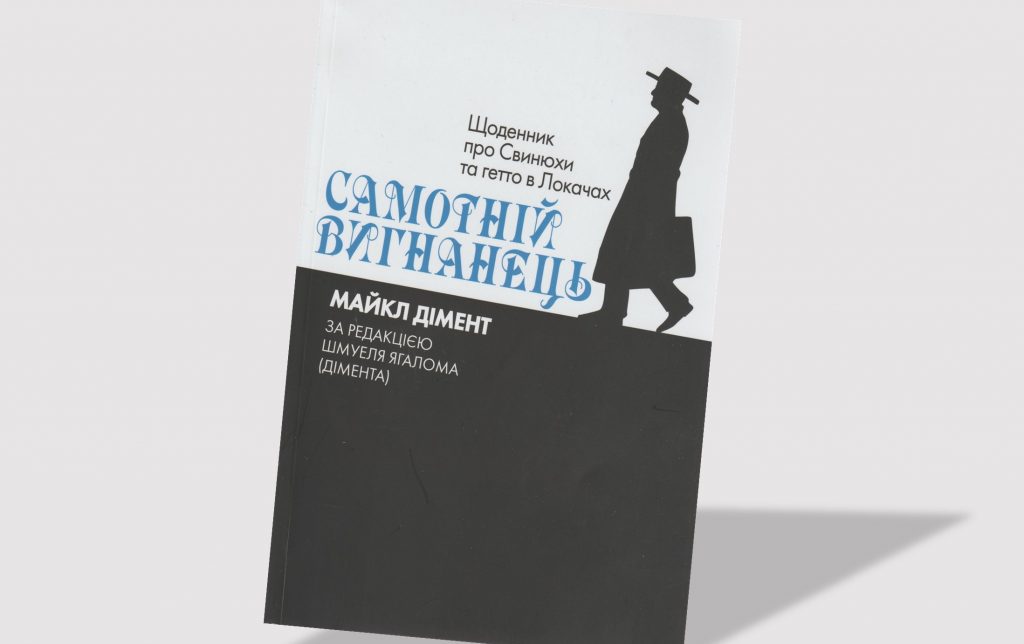 Over the next three weeks we are featuring books that have appeared in the Library of Holocaust Memoirs series that were published by the Ukrainian Center for Holocaust Studies with UJE’s support. In all instances, the views expressed in these publications are those of the authors and editors and do not necessarily reflect the views of UJE.]

A new book has appeared in the Library of Holocaust Memoirs series published by the Ukrainian Center for Holocaust Studies: the Ukrainian-language diary of Mechel Diment, a native of the village of Svyniukhy (today: Pryvitne, in Lokachyn raion, Volyn oblast), who survived the Holocaust in Volyn.

This book is the testimony of Mechel Diment, a Jew who was born in the Volynian town of Svyniukhy, about what he experienced during the Second World War in his hometown and the ghetto in Lokachi, to which his community was deported shortly after the start of the German occupation; his escape from the ghetto on the eve of its liquidation; and his trials and tribulations during the nearly two years that he spent wandering through Volyn, seeking refuge with his former neighbours and friends.

From the first-person narrative, the reader learns about the stages of the Nazis’ “Final Solution of the Jewish Question” in Volyn; the perception and actions of by various strata of the local population in connection with this; survival strategies of victims; and the search for ways to evade persecution.

This is a penetrating and pain-filled memoir of a person who, like several hundred thousand other Volynian Jews, was turned into an object of abuse, robbery, exploitation, and finally murder against the backdrop of the bloody struggle to establish racial rule or the creation of an ethnically homogeneous space, which unfolded in the Volyn region in 1941–1944.