Posted On: September 12th, 2022
Posted In: Ukrainian statehood and identity 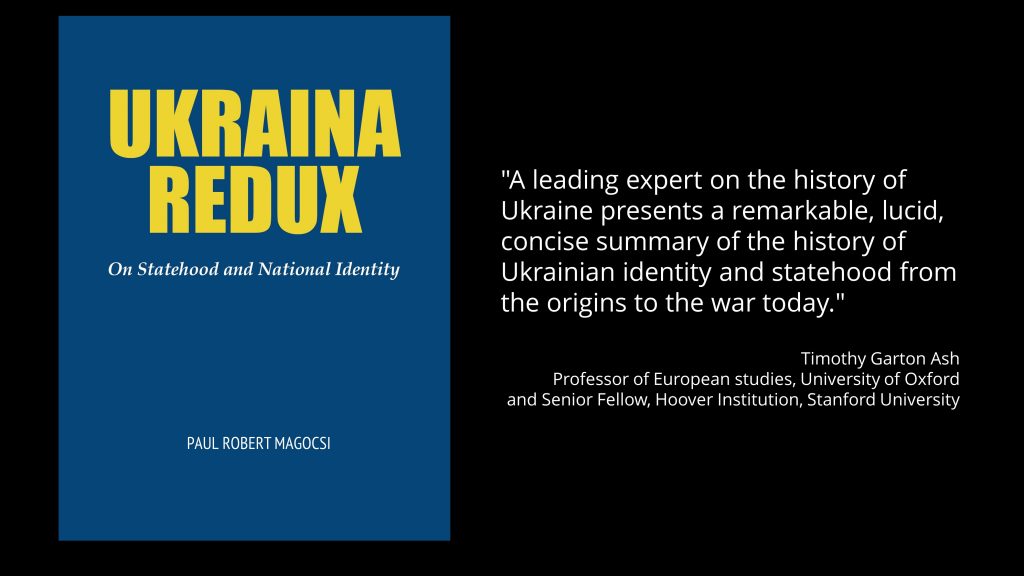 On 24 February 2022, Russia launched a full-scale invasion of Ukraine. This second stage of a war that began in 2014 came in the wake of earlier pronouncements by Russia's president Vladimir Putin, denying the historical right of the Ukrainian people to a state of their own, and even denying that the Ukrainian people are ethnically distinct from their Russian neighbors.

In the essay, "Ukraina Redux, Statehood and National Identity," Paul Robert Magocsi shows that the attachment of Ukrainians to statehood and a distinct national identity did not materialize out of a vacuum. Rather, it is the product of an organic development spanning nearly four centuries. The essay addresses the heritage of statehood in Ukraine and the various forms that it has taken both before and after the most recent declaration of independence on 24 August 1991. It also discusses how the country's inhabitants define themselves and their relationship to the state of Ukraine in terms of an ethnic or a civic national identity.

Paul Robert Magocsi is the Chair of Ukrainian Studies at the University of Toronto and a Board Member of the Ukrainian Jewish Encounter (UJE).

The essay can be downloaded here.