Posted On: July 3rd, 2015
Posted In: Analysis, Commentary and Analysis

In Israel there is a poignant interest in what is happening in Ukraine. The Consensus weekly seminar at the Conservative Yeshiva in Jerusalem, an initiative chaired by the famous refusenik and publisher Josef Begun, invited Vyacheslav Likhachev, the Head of the National Minority Rights Monitoring Group and an expert from the Euro-Asian Jewish Congress, for a public lecture and discussion on June 17, 2015. 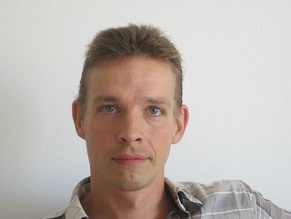 Likhachev, a political scientist, historian, and a leading expert in xenophobia, political extremism, and ethno-political conflict in the former Soviet Union, revealed in a November 2014 interview that he often found himself in public appearances in Europe and Israel and in the English- and Hebrew-language media refuting accusations made during the organized and consistent anti-Ukraine campaign.

Before a Russian-speaking audience in Jerusalem, Likhachev this time was also for the most part clarifying the basic facts. He shed light upon the most discussed and ambiguous issues related to the events in Ukraine and the Jewish context that have taken place within the past year and a half—since the beginning of the Euromaidan. He reviewed Ukrainian nationalism and antisemitism, offering a juxtaposition of real cases and the widely exaggerated misuse of these subjects by Russian propaganda.

A special focus of the presentation was on Jewish involvement and concern with the events and changing attitudes—both those by Jewish citizens and communities of Ukraine on Ukrainian civic issues and subsequently those by the majority of the Ukrainian population and Ukrainian leaders towards the Jews of Ukraine.

Likhachev began his presentation addressing one of the most sensitive issues for a Jewish audience—Ukrainian nationalism at the Euromaidan. As an expert on the theory of nation and nationalism, Likhachev claims that the Maidan adopted Ukrainian nationalist rhetoric and symbolic language in the absence of any other developed rhetoric. These instruments however have not affected the core messages of the movement: the longing for the establishment of justice, the fostering of civil society, and, in particular, elaborating the Ukrainian civic nation. He pointed out that nationalist symbols were actually popular not only at the Maidan in Kyiv, but also in Kharkiv and Zaporizhzhya, cities of Ukraine which are very far from nurturing nationalism, and even at rallies in Israel where the sensitivity towards nationalism is rather high.

Russia however, aiming to destabilize by all means the situation in Ukraine, eagerly used these criteria, along with the active participation of the Ukrainian far right in the Maidan, in its propaganda machine. Among other causes justifying Russia's intervention in Ukrainian politics and eventually Russia's invasion of Ukraine's territory after the overthrow of former President Viktor Yanukovych and purported discrimination against Russian-speakers was the charge against the Maidan and the newly-elected Ukrainian government of nationalism, which was briefly equated to fascism and antisemitism. The two themes became the most powerful instruments of Russia's internal and external propaganda justifying Russia’s intervention in Ukrainian politics.

“Fighting fascism” was a powerful means to revive the canonical Soviet-Russian myth about the Great Victory in the Second World War, implying a pathetic appeal to the vile “So kill at least one of them,” a quotation from the infamous poem Kill Him by Konstantin Simonov in 1942, which was now applied in the context of fighting Ukrainian “fascism” and efficiently inciting hatred towards the Ukrainian civic rights movement both in Ukraine and in Russia.

According to Likhachev, a more complicated logic can be found behind the Russian accusation of antisemitism in Ukraine. Russia just couldn't accept the idea that the Ukrainian people's protest was a grassroots movement—it could have definitely only been sponsored by the U.S. State Department. Russia therefore decided to undermine support for Ukraine by smearing the Maidan's reputation with an antisemitic libel. This later on became almost the only rationale of Russian propaganda “for export.”

This motif has recently been easily picked up by the Luhansk separatist leader Igor Plotnitsky and evolved into a folk etymology where “Euromaidan” means “Jewish” Maidan. This refers to the coincidence in Russian and Ukrainian where the first three letters of “European” and “Jewish” are the same, which he noted at a press conference during a visit to Russia. The development of this rhetoric obviously jeopardizes Jewish residents in Crimea, as well as in the Luhansk and Donetsk so-called “People’s Republics,” manifested by the immeasurably higher statistics of antisemitic cases in these Russian-occupied areas compared to Ukraine in general, where the attitude towards Jews has significantly improved over the past year and a half.

What are the reasons for this? Likhachev notes that the attitude to Jews in Ukrainian society started to tangibly change from the beginning of the Maidan due to Jewish participation in the street protests and fatalities (both disproportionally high compared to the percentage of the Jewish population in Ukraine’s general population) after government-initiated attacks, and Maidan’s so-called open microphone, where one of the leading roles belonged to Josef Zissels, vice president of the World Jewish Congress and chair of the Euro-Asian Jewish Congress. Afterwards, Ukrainian Jews and “Israeli Friends of Ukraine,” both of Ukrainian and non-Ukrainian descent, became notably pro-active and eventually turned into an integral part of the general nationwide structure of social initiatives for the wounded, Ukrainian fighters, and displaced persons.

Likhachev points out that the special effectiveness of Jewish support was due to the traditionally highly organized level of Jewish charity and community organizations. Also, Ihor Kolomoisky, who as a governor of Dnipropetrovsk region was able to resist Russian aggression, became a public symbol of the Jewish contribution to defending and building a new Ukraine. So what actually brought so many Jews to the Maidan? Many lock horns on this question.

One opinion is that the high Jewish presence in the ranks of the protesters can be explained by the fact that Maidan’s engine was the educated urban middle-class, where Jews were historically widely represented. Likhachev notes there were also general civil and ethical reasons that drew Jews to the Maidan. Mass participation actually began after the violent crackdown on the students, which was a flagrant villainy that could no longer be tolerated. Likhachev quoted a progressive rabbi who stated that Jews joined the Maidan “for the sake of Jewish values.” In any event, this lead to a widely shared feeling that a significant part of Ukrainian civil society, in addition to the dominant ethnic group, are Jews, along with Crimean Tatars, who also eagerly joined the civil movement.

The participants of the seminar expressed their competency and interest in the topics discussed. They were especially concerned about the following issues:

- Why did Ukrainians later elect Yanukovich after the 2004 Orange Revolution?

- What is the real economic and social situation in Ukraine? What are the perspectives in this field in the nearest future?

- Why is the West in no hurry to help Ukraine?

Likhachev's response to the first and the third questions was a detailed explanation of the disillusionment that arose in the wake of the 2004 Orange Revolution, both in Ukraine and among its supporters abroad. The people of Ukraine were overwhelmed with political disputes and showed low interest in the elections. The West felt that all the support for Ukraine’s democratic choice in 2004 had been in vain.

As for the economic and social situation in Ukraine, Likhachev was rather optimistic. “The situation is not very bad, but simply bad,” he noted.

Ukrainian President Petro Poroshenko has done everything possible to manage a completely destroyed economy that for the last four years was oriented to plunder.

“The degree of control over the processes in the country is quite high,” he said. Likhachev’s said he considers that “the degree of social confrontation [between East-West etc.], at least in public rhetoric, has died out,” in particular due to the high level of internal displacement, which made people all over the country moderate ideological differences in the face of humanitarian problems and a need for mutual understanding and cooperation. Nonetheless, “the confrontation continues to exist in some latent form.” Furthermore, the Kremlin will snatch any opportunity to take advantage of this. Unfortunately, “we can assume that this wound will continue bleeding.”

For more information on the subject see Likhachev’s 2014 interview at: http://eajc.org/page18/news48300.html