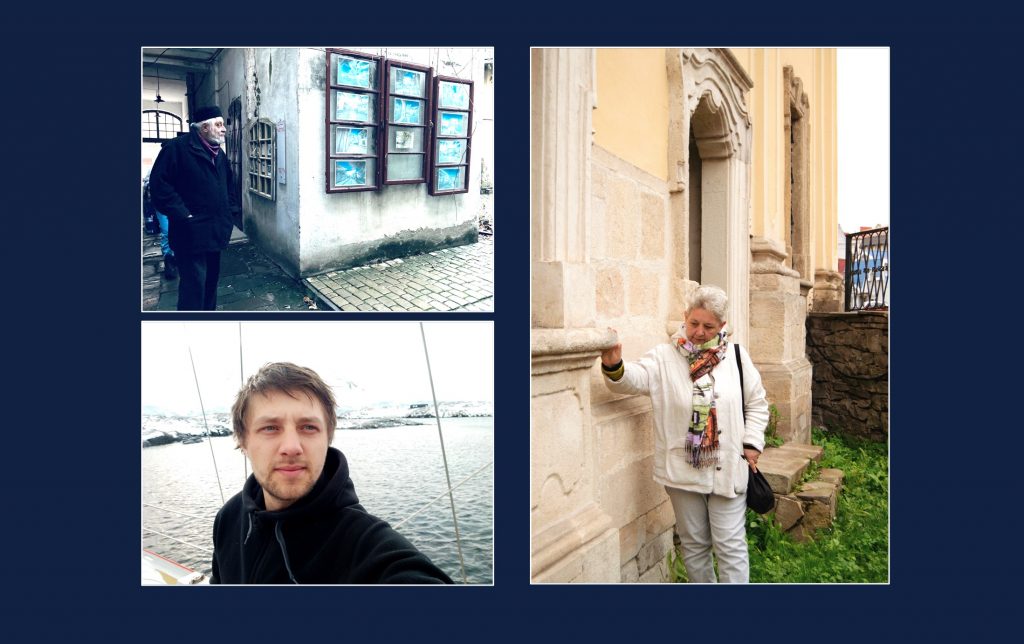 Editor’s note: Every year, UJE offers literature to read during the holiday season. Despite Russia’s criminal war against Ukraine, we continue this tradition. Ukrainian literature and culture persevere in the face of extreme difficulties. We offer reflections and essays from the third Agnon Literary Residency that took place in Buchach, Ukraine, during COVID shutdowns before Russia attacked Ukraine. These reflections include sentiments by the literary residents — Boris Khersonskiy, Diana Klotchko, Markian Prohasko — who are directly affected by Russia’s criminal war.

The following essays by the authors appeared in Ukraine's leading intellectual journal Krytyka in 2022. A collection of their essays is planned for 2023.

An (im)probable encounter at a Bet Midrash

Men of various confessions and lines of work are united by a city, even if they lived there more than 150 years ago. Of course, even in half a century, cities change to the point of being unrecognizable, and in Buchach, there is a building that could have been seen by the two men whose pseudonyms we know better than their real names.

Truth is in the river. And the river is in Buchach, of course

Sometimes we discover what we’re not searching for at all. Perhaps we would never have started the search if we did not feel that we would find something, some revelation. After all, you never know what it might be. The Agnon Literary Residency in Buchach was supposed to resonate somehow with the intention to broaden an understanding of cities and towns scattered throughout the territories of Eastern Europe; towns that are somehow very similar to each other, but which traveled their separate ways owing to the events of the twentieth century.

I came to Buchach, the fatherland of the famous writer Shmuel Yosef Agnon, where he was given a traditional Jewish education and where he became familiar with Hasidic legends that later, much later, he collected together with the philosopher Martin Buber. I also came to the legendary Buchach mythologized by Agnon; a small town, a shtetl, where Jews at one time turned up on their way to Jerusalem and fell under the spell of the beautiful places and the goodwill of the local population that seemingly thought that where there are Jews, there is life.