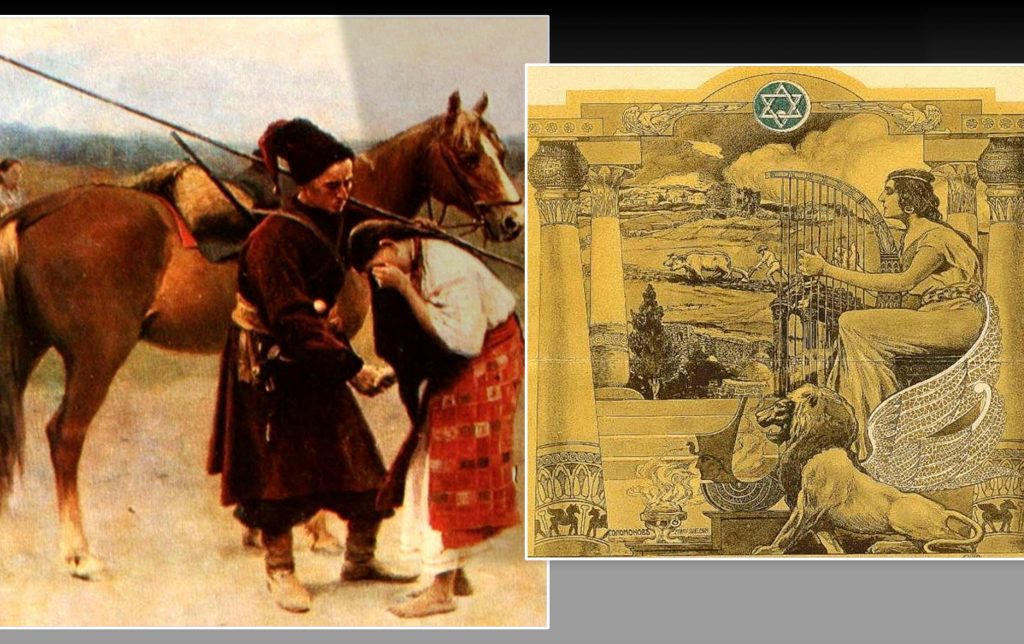 How an 18th-century Ukrainian song inspired a Jew from the Dnipro River region and Zionist activist and helped Jewish pioneers endure their difficult trials in the early 20th century.

“The Cossack Rode Beyond the Danube” [Yikhav kozak za Dunai] is a Ukrainian love song written by Semén Kovalevsky, a Cossack of the Kharkiv Regiment, who was also a philosopher and a poet. This well-known song, which has been popular at least since the 1750s, is about a Cossack saying goodbye to his beloved before his departure on a distant campaign

In 1816  the famous composer Ludwig von Beethoven reworked the song. Beethoven was on friendly terms with Аndrii Razumovsky, the ambassador of Russia to Аustria. The son of the last Ukrainian hetman Kyrylo Rozumovsky, Аndrii had аffection for the culture of his ancestors. It is likely that Rozumovsky himself sparked Beethoven’s interest in Ukrainian folklore. In his reworking, “The Cossack Rode Beyond the Danube” entered German musical culture in the form of the song “Schöne Minka, ich muß scheiden” (Beautiful Minka, I Must Go), which was set to the words of the poet Christoph August Tiedge. The Cossack plot remained practically intact: A warrior says goodbye to his beloved and sets off on a campaign.

In 1916, exactly a hundred years after Beethoven’s reworking, “The Cossack Rode Beyond the Danube” was unexpectedly reborn—in Hebrew, in the Land of Israel. Set to the melody of this song was a completely different text featuring Zionist slogans that were important in that place and time. How did this happen?

In October 1914, the Ottoman Empire, which ruled over this region at the time, entered the First World War on the side of Germany and Austro-Hungary. As early as December 1914, the Turkish authorities began arresting and deporting Jews who were subjects of “enemy states.” In 1915 the wave of persecution escalated. After the massacre of Armenians in the spring of 1915, Jews had serious concerns that the Turkish terror would extend to them. Hunger and unemployment raged in the country, and the economy declined because of the war.

The Turks deported to the Egyptian city of Alexandria thousands of Jews from Tel Aviv, Jerusalem, and Jewish settlements that had been founded in the late nineteenth century. The future first prime minister of Israel, David Ben-Gurion, and the second president of Israel, Yitzhak Ben-Zvi, the latter of whom was born in Poltava, were among the deportees.

The remaining Jews in the Land of Israel argued passionately about what to do: become “Turkish subjects” in order to evade deportation or submit to Turkish repressions and abandon the Holy Land? The first option was dangerous because it meant that young men would be mobilized into the Turkish army. The other option jeopardized the entire Zionist cause and threatened all the successes of creating Jewish settlements in the preceding decades. 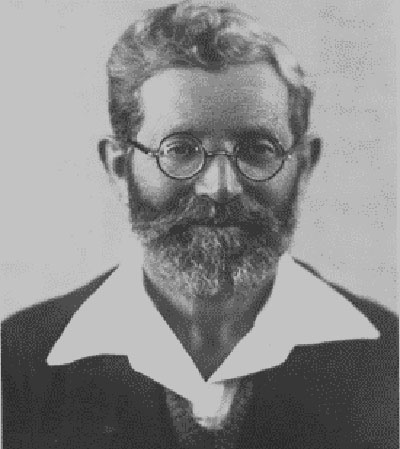 One of the active proponents of the first option was Ephraim Hareuveni (1881–1953), who was born Ephraim Rubinovych and attended school in the Ukrainian town of Novomoskovsk, in Katerynoslav Gubernia.

This botanist and Zionist activist believed that it was necessary to adopt Turkish citizenship for the sake of a more important goal: the preservation of the Jewish presence in the Land of Israel.

He accepted Turkish citizenship and was immediately drafted into the Turkish army. But the University of Lausanne, where the botanist had studied and completed his internship, wrote a letter in his support to the Turkish authorities, as a result of which the scholar was sent to study and gather medicinal herbs for the army’s needs.

Hareuveni also taught botany at the first Herzliya Hebrew Gymnasium in Tel Aviv. One day in 1916, he took his senior students on a nature trip to the then wild banks of the Yarkon River. Located there today are a beautiful park and the northern residential districts of the city, including the Embassy of Ukraine.

There, on the banks of the Yarkon, Ephraim and the children learned a new song, the text of which he set to the melody of the chorus to the Ukrainian love song “The Cossack Rode Beyond the Danube.”

The lines written by the botany teacher are simple and feature slogans that are easily memorized by children and adults: “It is good to live in our Country. It is good to work in our land. It is good to speak our language. It is good to sing the songs of our people. [We must] just stand on our guard. We will not move from our place,” Each line is repeated several times.

Ephraim Rubinovych, who was born in an ancient Cossack settlement in the Dnipro River region, should have heard and been familiar with this very popular Ukrainian love song. The 1916 Hebrew text virtually echoes and even argues with the Ukrainian original.

Whereas in the original source, a Cossack is saying goodbye to his beloved and leaving his native land to head beyond the great River (the Danube), the Hebrew version turns the idea of the love song 180 degrees. The 1916 text emphasizes and makes demands in the spirit of Zionism: We are not going anywhere from here; we must stand on guard. The new idea becomes the main one: One cannot part from the Beloved (Country); thus, one cannot allow the Turks to deport the Jews beyond the great River – to Egyptian Alexandria on the Nile River, where the Turks banished the Jews of the Land of Israel.

During the first decades of the twentieth century, this song was performed in Hebrew among Zionists in Jewish cities, settlements, and kibbutzim as a call for fortitude and the need to nurture their beloved country with all their might. 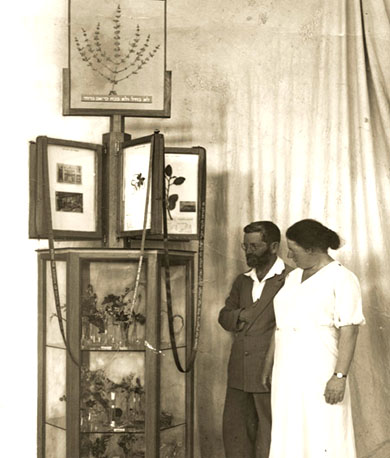 Ephraim Hareuveni and his wife, Hannah, who was born in Katerynoslav, where she did her studies, eventually became distinguished Israeli botanists. They compiled an encyclopedia of grasses and plants native to the Land of Israel and left behind a whole scholarly school.

The married scholars’ dream of a biblical botanical garden was realized subsequently in Jerusalem.

Over time people forgot who the author of the song was and on whose melody this song was based. It was only in the early 2000s that Eliyahu Hacohen, researcher of Hebrew song and winner of the Israel Prize, established that the Hebrew text was written by Ephraim Hareuveni, who set it to the melody of the Ukrainian song.

After the 1816 (Beethoven) and 1916 (Hareuveni) reworkings, the circle of this song’s reincarnation closed in 2016, when the song “A Cossack Rode Beyond the Danube” was translated in its entirety into Hebrew. This was done by Professor Izi (Israel) Hod of the Hebrew University of Jerusalem, an enthusiast of the Ukrainian-Jewish musical heritage. You can listen to Professor Hod’s own performance of the song below.

In June 2017, Hod was the guest of honor at the launch of the Ukrainian poetess Kateryna Babkina’s book of poetry in Tel Aviv.

This event was organized by the Canadian charitable non-profit organization Ukrainian Jewish Encounter, together with the Israeli Writers’ Association. At the end of the evening, as a special tribute to the Ukrainian poetess, Izi Hod performed the Ukrainian song “The Enamored Bandura Player,” which he translated into Hebrew.